Do you or someone you know have a Level 2 or Level 3 Anesthesia Inspection by the Texas State Board of Dental Examiners (TSBDE) scheduled in the upcoming months?

Our Compliance team at HCR is here to ease any worries your practice may have and ensure you pass inspection with flying colors. We have assisted over 50 providers with their state inspection using our 3-step specialized process:

Contact our team to ensure you pass your upcoming Anesthesia Inspection!

Because regulatory agency inspectors could walk through your door at any moment, it’s critical that you are ready at all times. Having the right answers and the right documentation in place when they show up is paramount to getting through an inspection without disrupting clinical operations or laying out thousands of dollars in fines.  Secure 360 is HCR’s platform to ensure you pass any audit, at any time! Our highly experienced compliance team developed comprehensive audit checklists using inspection criteria directly from the regulatory agencies’ rule books. These agencies include the Occupational Safety & Health Administration (OSHA), Health & Human Services (HHS), Drug Enforcement Agency (DEA), Center for Disease Control (CDC), Centers for Medicare & Medicaid (CMS), and the Texas medical and dental boards (TMB and TSBDE) to name a few.

The Secure 360 audit process is simple; HCR collects preliminary information about your practice and conducts an initial inspection based on your operational structure. Upon completion of the initial inspection, we provide you with a comprehensive, written findings report with recommendations to meet or exceed regulatory standards. After that, HCR gets to work correcting any deficiencies found. The following areas are inspected based on your operational structure: 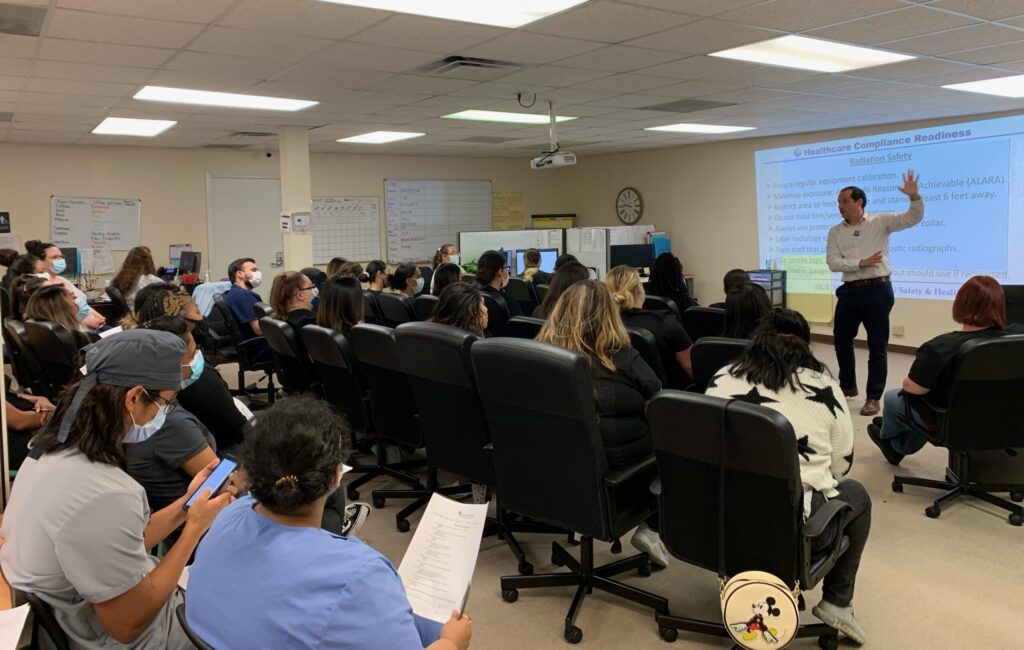 The first step to maintaining regulatory compliance is timely, quality training –it’s not good enough that your staff knows what to do, they need to understand why! Online training can be quick and cheap but it doesn’t work; it’s not monitored, students don’t get to ask questions, and in the end, you really don’t have any assurances that your staff understands the law.

HCR offers in-person HIPAA, OSHA, and False Claims (for Medicaid offices) training that is highly interactive and generate lively discussion based on real scenarios …something you just can’t get from online training! Training includes a competency quiz and a student certificate for your records…we’ll even alert you next year before anyone’s training expires. 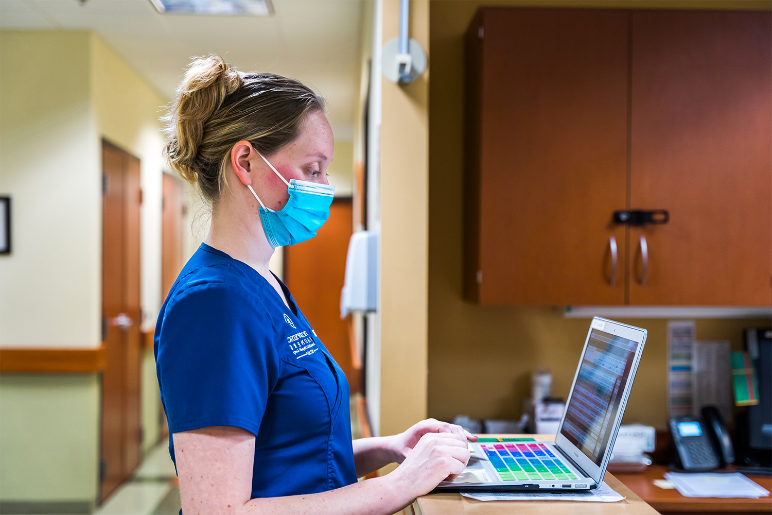 The first step to maintaining regulatory compliance is timely, quality training –it’s not good enough that your staff knows what to do, they need to understand why! Online training can be quick and cheap but it doesn’t work; it’s not monitored, students don’t get to ask questions, and in the end, you really don’t have any assurances that your staff understands the law.

HCR offers in-person HIPAA and OSHA training that is highly interactive and generate lively discussion based on real scenarios …something you just can’t get from online training! Training includes a competency quiz and a student certificate for your records…we’ll even alert you next year before anyone’s training expires.

Our Compliance team that will be assisting you

No. These types of footwear have inadequate grip resistance. We recommend comfortable tennis shoes or any close-toed shoe.

The OSHA occupational foot protection standard at 29 CFR 1910.136(a) requires the use of protective footwear when employees are working in areas where there is a danger of foot injuries due to falling or rolling objects, or objects piercing the sole, and where there is a possibility of the employee’s feet being exposed to an electrical hazard

Question: How often should Equipment Performance Evaluations (EPEs) be conducted on your dental radiology equipment?

A) Within 30 days after the initial installation of radiation machines.

B) Within 30 days after reinstallation of a radiation machine.

C) Within 30 days after repair of a radiation machine component that would affect the radiation output that includes, but is not limited to, the timer, tube, and power supply.

Frequency of EPEs: for x-ray and CBCT systems, EPEs must be performed at the frequency listed below.

CBCT – Annually not to exceed 14 months from the prior EPE

Question: How to dispose of pharmaceutical waste?

Over-the-counter medications, such as those used to control headaches, allergies, and colds, can be purchased without a prescription. However, you must still handle and dispose of these medicines properly as they can contaminate our waters if dropped down the toilet or sink. If placed into the trash, they can contaminate landfills and runoff.

Even over-the-counters drugs can cause illness or injury if misused by children and even adults.  Consumers can dispose of these drugs along with other medications through methods such as a mailback envelope or drop-off receptacle.

Non-controlled/non-hazardous prescription medications1 include those used to treat high blood pressure, diabetes, and bacterial infections.  These drugs can also contaminate our waters and landfills. They can be very dangerous if taken by those for whom they are not prescribed.

In some states, it is against state regulations for providers to place these drugs into the trash. These drugs can be sent for disposal at a medical waste incinerator.

Controlled substances are categorized into five schedules “depending upon the drug’s acceptable medical use and the drug’s abuse or dependency potential.”2 Schedule I substances, such as heroin and ecstasy, have no accepted medical use and are easily abused. Schedules II are prescription drugs that are most likely abused, such as hydrocodone. Schedule V medications are the least likely to be abused of the controlled substances. They consist of very limited amounts of narcotics, e.g., Robitussin AC and Lyrica.

Controlled drug waste must be managed according to the Drug Enforcement Agency (DEA).  Inventory-controlled drugs can only be disposed of through special measures such as a reverse distributor.

Prescribed controlled drugs can only be disposed of by the person to whom they are prescribed. Consumers can either obtain a DEA-compliant mail-back envelope from organizations, such as their pharmacy or dispose of their drugs into a DEA-compliant disposal receptacle located at a hospital, pharmacy, or police station.

Question: How often should Human Trafficking Prevention Training for Healthcare Care Practitioners be completed? Who need to complete it?

Certain health care practitioners who provide direct patient care must complete an approved human trafficking prevention training course in order to renew their licenses. In order to satisfy the training requirement, the course must be approved by the Texas Health and Human Services Commission.

Question: Can a Dental Assistant not Registered with state of Texas take radiographs? Which of the following statements apply?

a. Under the direct supervision of a Texas licensed dentist, you may legally make x-rays for one year from the date you begin your employment as a dental assistant. Before this first year of employment ends you will need to take and pass a RDA Course given by a TSBDE-approved RDA Course Provider then register with the TSBDE to continue making x-rays.

b. Before you begin employment as a dental assistant, you may take and pass an RDA Course given by a TSBDE-approved RDA Course Provider then register with the TSBDE. Once you hold a TSBDE RDA Registration and display your certificate where you work you may begin making x-rays.